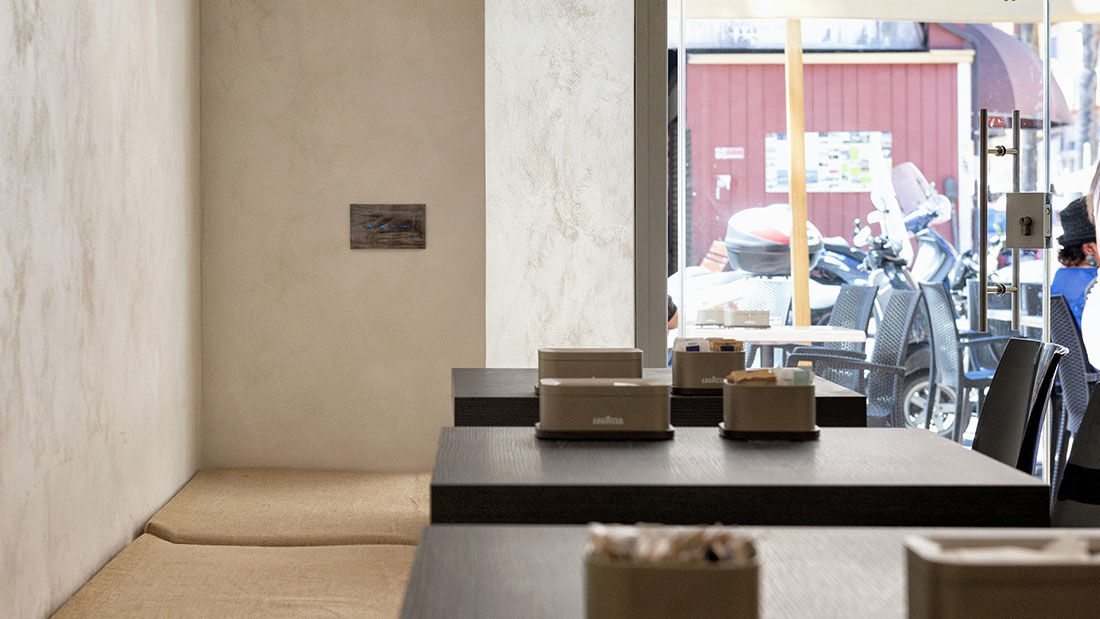 AVE Young Touch lights up the style of pastry-bar Milleluci

AVE Young Touch introduces a new way of conceiving the light point: simply by touching plates’ surface, it’s possible to control the most sophisticated lighting systems, such as that inserted inside the pastry-bar Milleluci, in the Italian Province of Imperia.

With Young Touch, touch technology becomes a daily reality, a choice to leave to personal taste and to the various customization opportunities. The moulded, interpreted by AVE, comes in a range of innovative finishes, which has 15 chromatic variants. In the case of pastry-bar Milleluci, the customer opted for 3D Onix version to make plates a real integrated furniture items with exclusive three-dimensional effects. In fact, these plates adopt a revolutionary treatment called “3D COLOR“, an absolute innovation in this field that allows to get colours with an exclusive three-dimensional perception. Maintaining the same ultra-thin design, the plates thus assume greater visibility and bring in rooms a unique personalized touch.  Available colours are: 3D white, 3D brushed beige, 3D clear carbon, 3D dark carbon and 3D onyx. 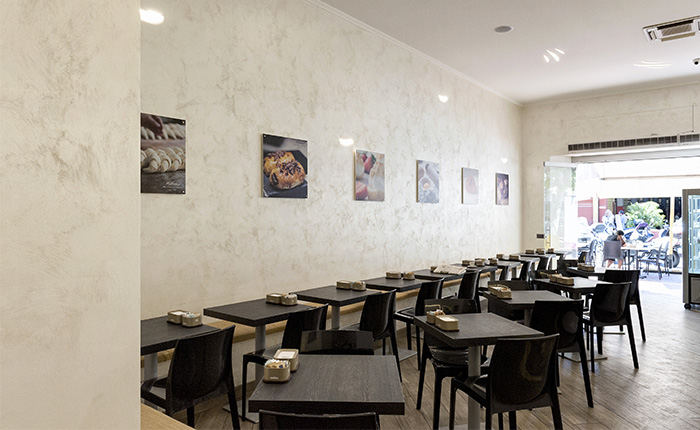 The 3D perception is also a feature which distinguishes the remaining 10 colours; in this case the result is obtained through a modern double-moulding techniques where the plates’ body merges with a transparent outer surface. The Young range is available both with touch technology and in the traditional version, that involves the insertion of the components inside the finishing frames. Both variants have a complete series of front plates for 3, 4 and 7 modules of AVE Sistema 44 Wiring Accessories Series. 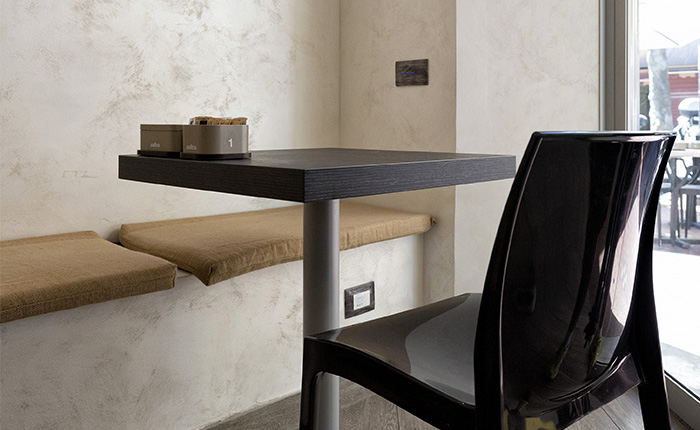 In the case of Italian pastry-bar Milleluci, it was possible to create a mixed electrical system where Young Touch plates were inserted at the most visible points, while the other elements, such as the white sockets of the Domus Touch, have been completed with traditional finishing plates creating a versatile solution, in continuity with the rest of the electrical system. 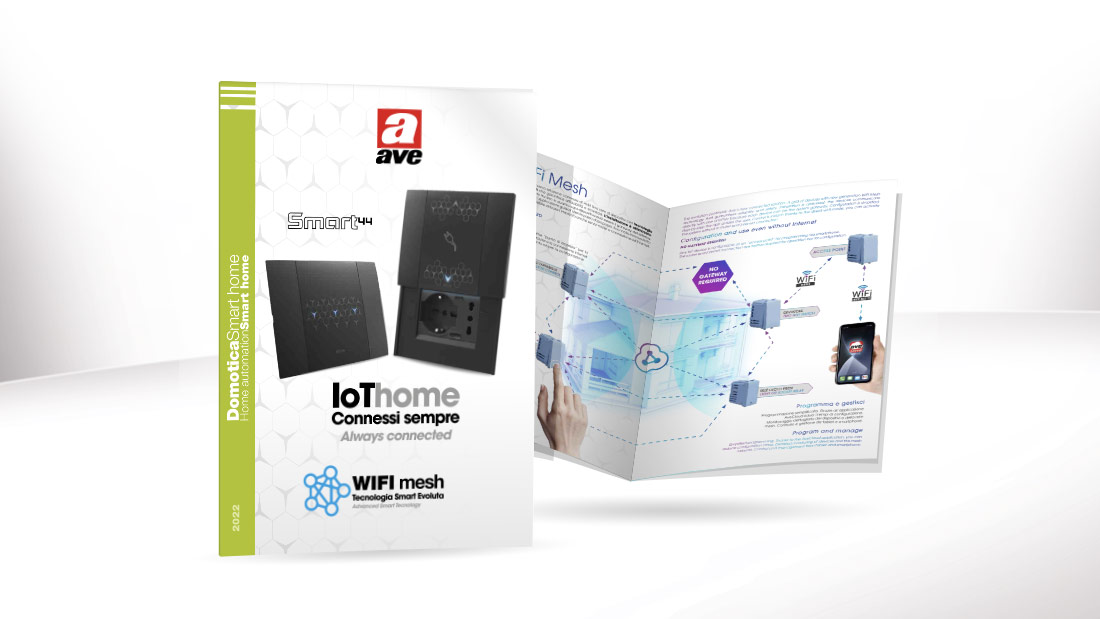 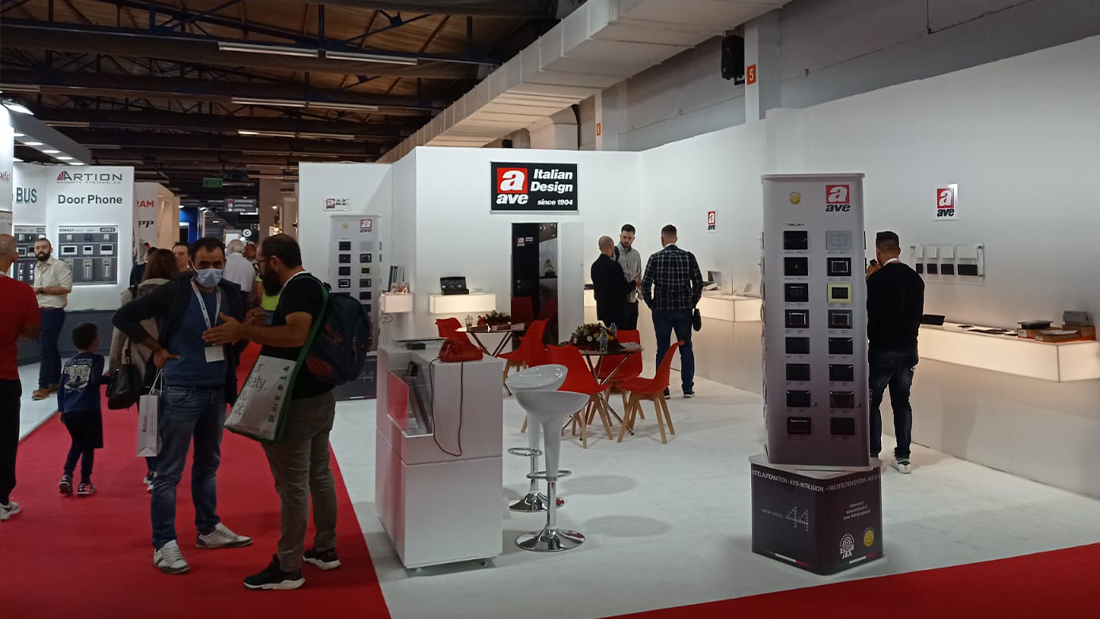 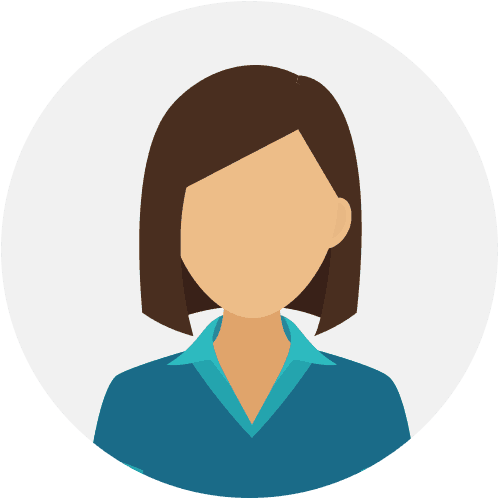